More than 40,000 people were present at the Port of Gijón to see the final of the Red Bull Flugtag 2017. The bagpipe band “Noriega” opened the event playing the anthem of Asturias and giving the way to the 30 participating teams.

After more than 4 hours of competition, the “Power Dangers” won the Longest Flight Award. The “Falconzord”, designed and flyed by Olmar engineers, achieved its goal: to fly the longest possible distance by jumping from the 6-meters-height platform installed by the organization.

The jury, formed by Lucía Martiño, Cristina Miter, Saúl Craviotto, Dani Sordo and Jorge Cremades, also awarded the most original team and the most popular on social networks, closing one of the most important events of the year in Gijon. 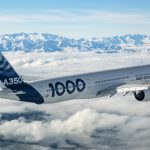