The largest aerospace industrial company in Taiwan, AIDC, has signed a new contract with Olmar for an autoclave of 4 x11 meters.

This autoclave is their fourth Olmar unit and both companies are really satisfied and ready for a new successful project.

AIDC has been recognized by Boeing as a reliable and high quality supplier and was presented the “Silver Boeing Performance Excellence Award” in 2011 and 2012. Based on continuous and extended cooperation on the B737 and B747-8, AIDC was awarded the B787-9 order and has formally become a member of the supply chain for the B737 MAX which is expected to bring in an estimated $3 billion NT dollar revenue for AIDC.

Some other recent agreements: 25 machining parts for the B747-8 jet airliner from Mitsubishi Heavy Industries, Ltd. (MHI) and a new contract for the movable wing component for the Embraer 190 Regional Jet from Kawasaki Heavy Industries, Ltd. (KHI). 2500 Banshee Target Drones Order by Meggitt Defence Systems. Taiwan’s Aerospace Industrial Development Corporation and Lockheed Martin Sign Strategic Relationship Agreement. In order to meet demands of US Marines, Bell Helicopter has sourced the H-1 helicopter tail booms and elevators from AIDC since March of 2004. The current contract expires December of 2013, for meeting the deliveries of 2014. To ensure uninterrupted tail boom product flow, both parties have agreed to sign a tail boom extension contract at this moment. The maximum total amount which may be awarded under the tail boom contract over the entire delivery period is around 21.2 million US dollars. 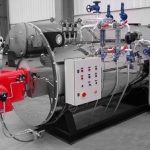 THE LARGEST AUTOCLAVE FOR GLASS LAMINATION WILL BE MANUFACTURED BY OLMARen